You are using an out of date browser. It may not display this or other websites correctly.
You should upgrade or use an alternative browser.
By this point, the see-saws have claimed tens of thousands of bean lives. It’s about time we had a change, and some new stages to tumble off over and over. Thankfully, Fall Guys Season 2 is just around the corner and brings with it several new levels for our colorful and rotund avatars to stumble through. Below, we’ve rounded up all the available information so far on new levels in Fall Guys Season 2.

So far we’ve been given an official look at four new levels for Fall Guys Season 2. They all feature a medieval theme to match the season, and we’ll start with the big one which was revealed this week. 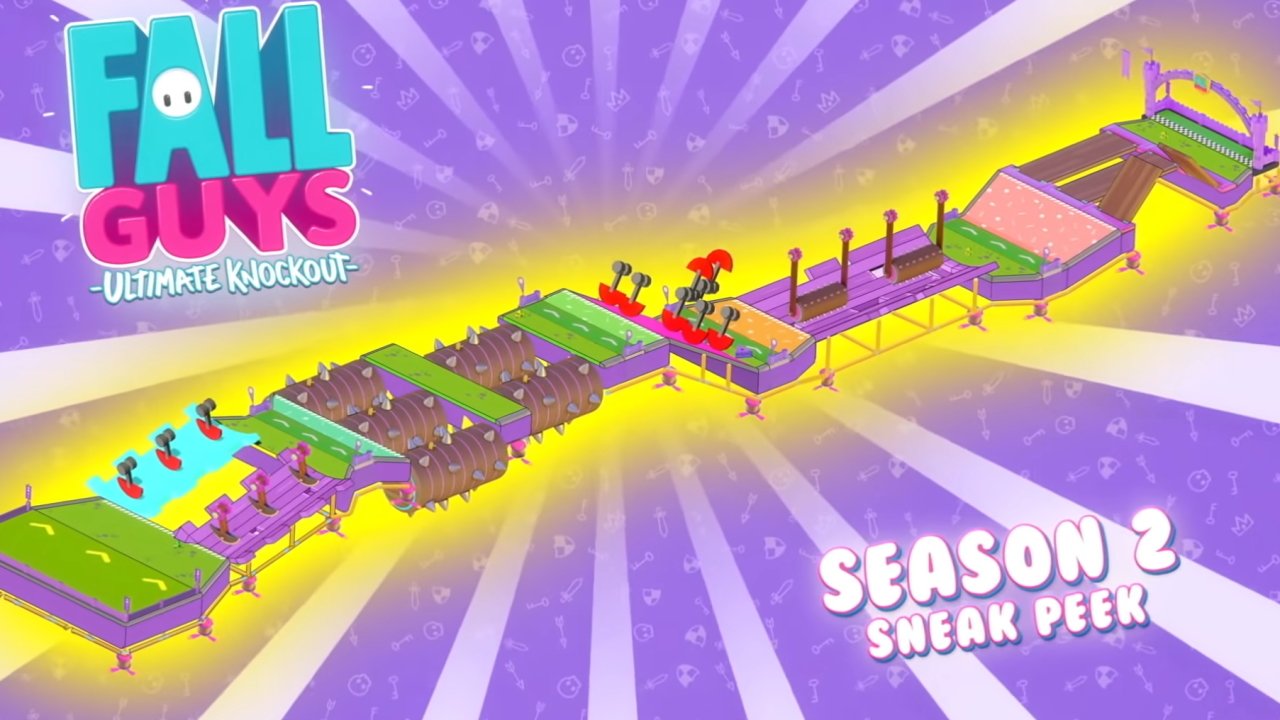 © Mediatonic
We’ve been teased with glimpses of the concept art for this lengthy obstacle course for a while now, but this week it got the full reveal. Knight Fever is a new race-type level which looks to be one of the longest and most difficult ones yet. 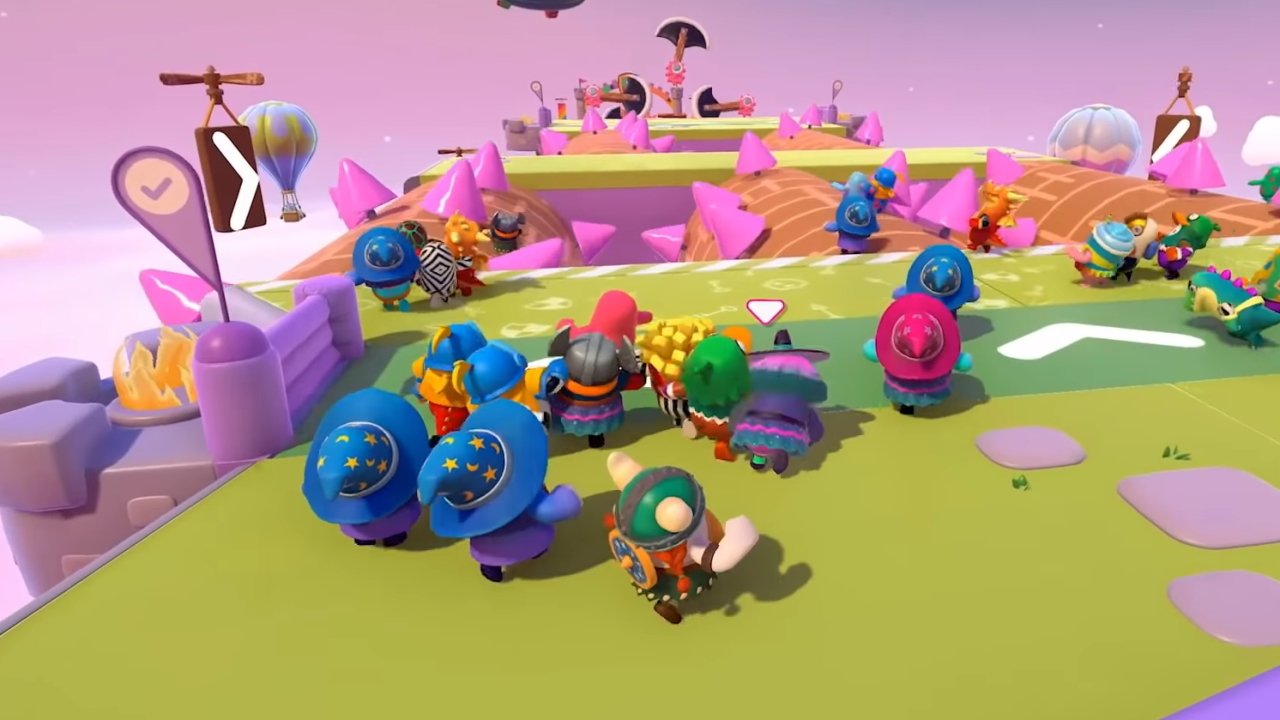 © Mediatonic
It looks hellish, but as a first or second-round course, it’ll allow roughly three-quarters of contestants through, so this isn’t quite a round-killer like Slime Climb. Still, we’re certainly up for a bit more challenge than the likes of Dizzy Heights, so we look forward to playing this one… knightly. 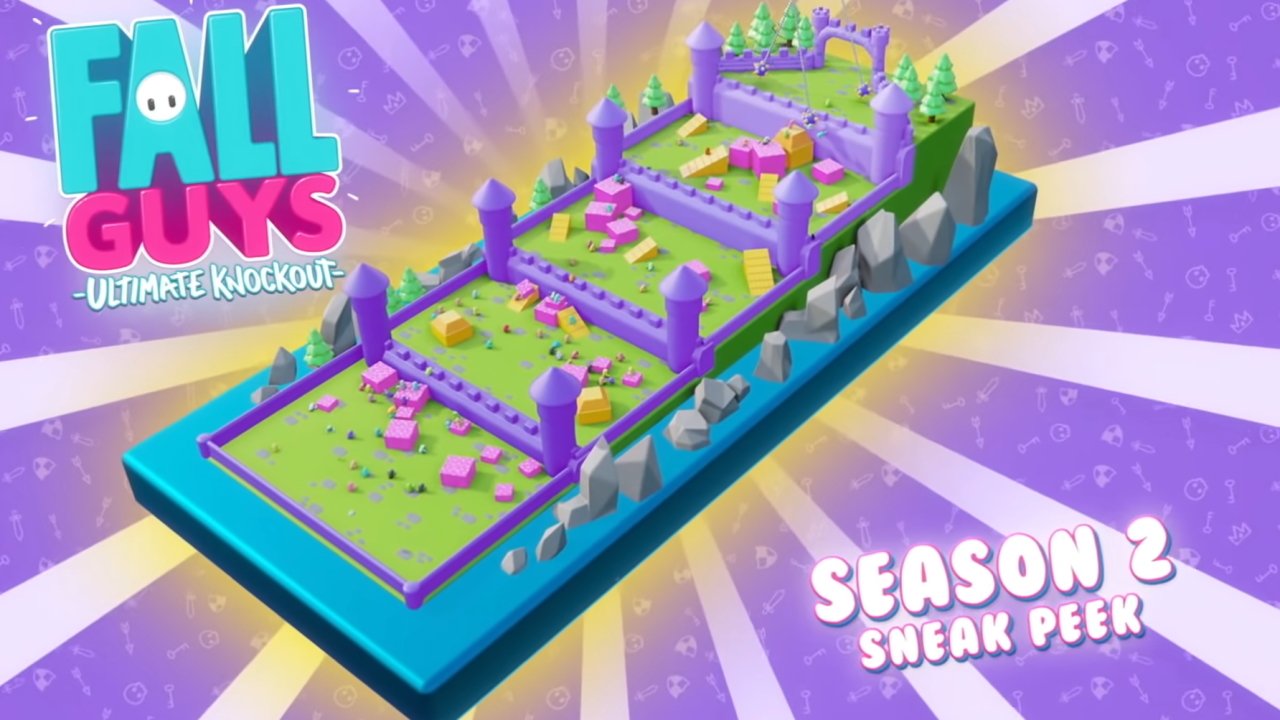 © Mediatonic
So we don’t yet know if this is the official name we’ll be seeing in-game, but Wall Guys are the only other level we’ve had a good look at so far. In this semi-cooperative race level, beans must work together to shift blocks around, creating stairs and ramps to reach the next segment of the level.


The more beans who work together, the faster you’ll be able to move larger blocks around. But spend too long lining things up, and all the other beans will capitalize on the fruits of your labor first. Will you put in the hard graft and hope other beans will come to your aid? Or perhaps you’d rather sit around and wait for someone else to do the work for you. Either way, you’ll need to master your grab work to succeed in Wall Guys. 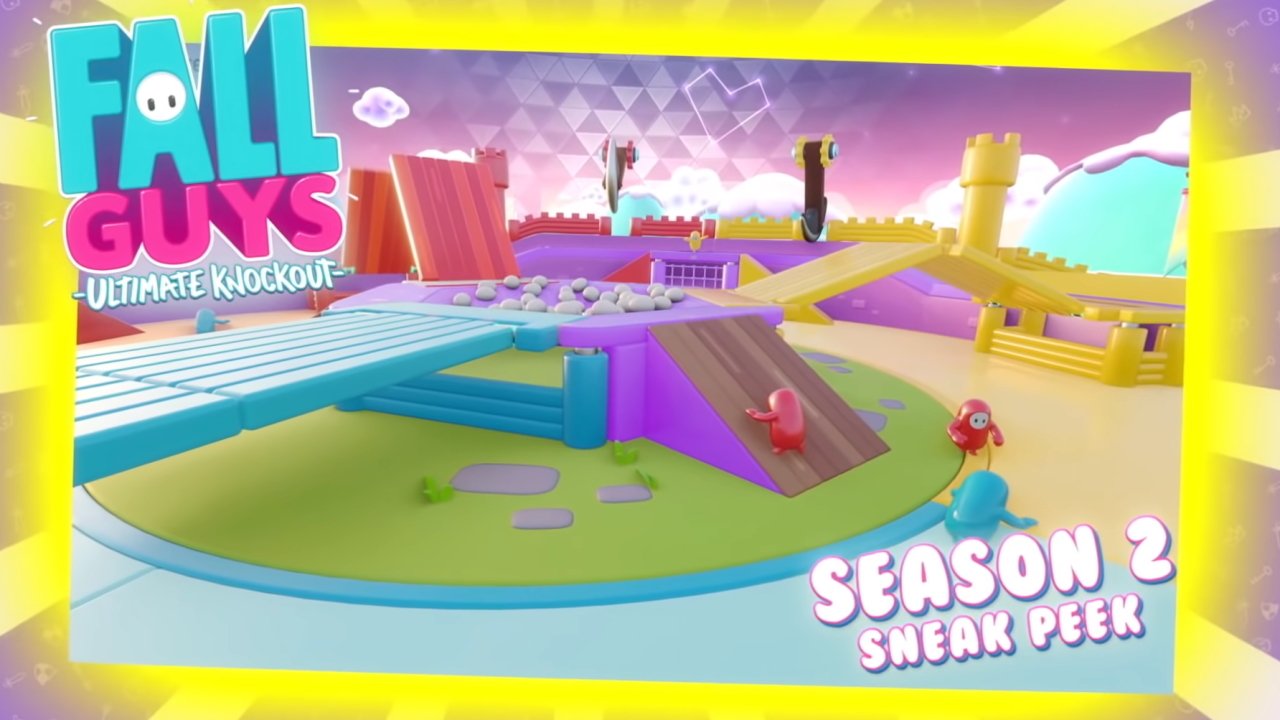 © Mediatonic
Again, likely not the actual name, but Fall Guys Season 2 promises a new version of a level that many folks despise with a passion. The updated Egg Scramble has players carrying their valued ovoid goods across drawbridges before they dunk them in their team’s basket.

Based on the layout, we imagine this level will restrict access to your team’s trove, meaning the level is far less about stealing eggs from the other sides, and more about making sure you’re the fastest team from the get-go. It hasn’t been confirmed if this new level will replace Egg Scramble, or appear alongside it. 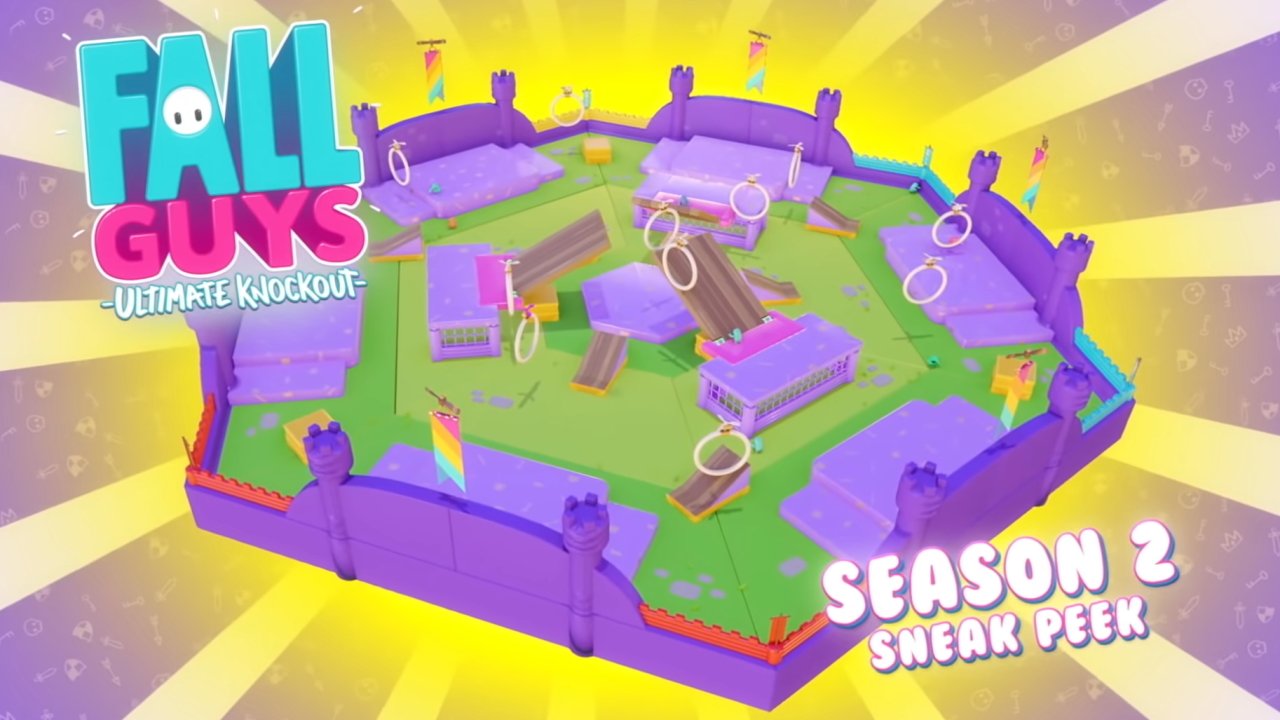 © Mediatonic
Another sequel level, an image of a new Hoopsie Daisy style level was shown off in the initial sneak peek of Season 2. It looks like a smaller arena than the original Hoopsie Daisy, and features pushable drawbridges players will need to adjust to reach high up hoops for their team. 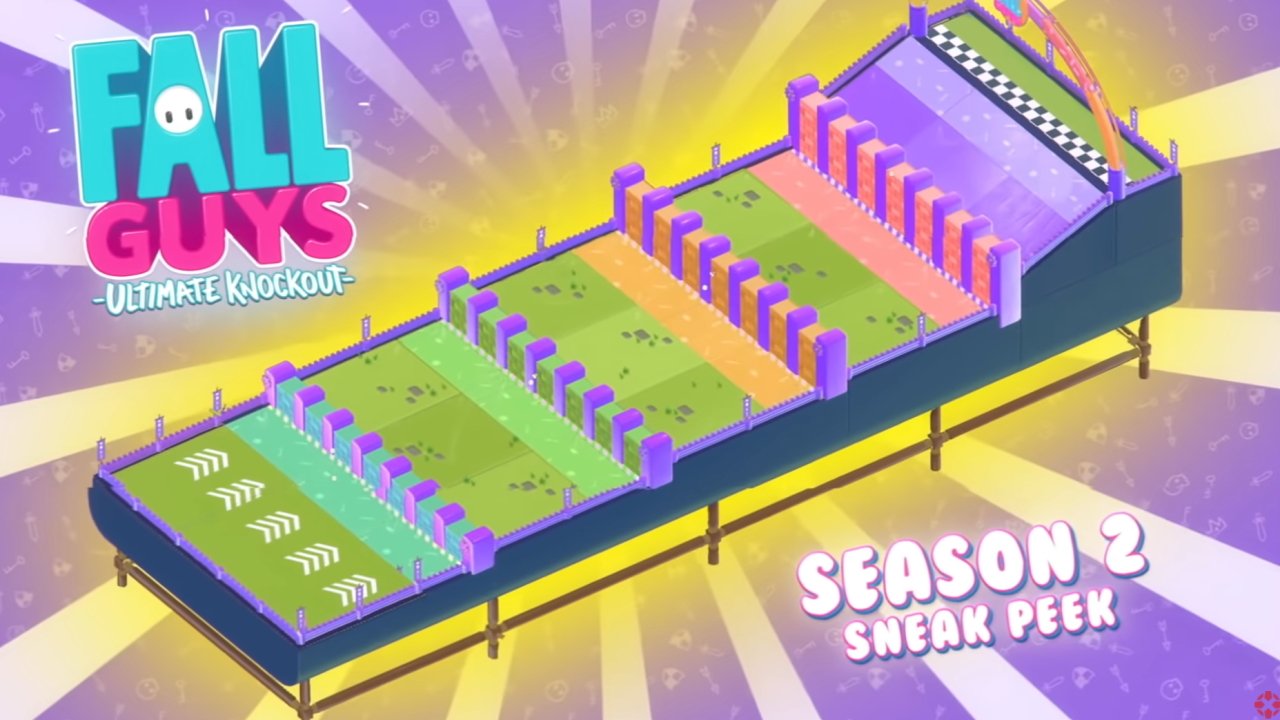 © Mediatonic
And finally, we don’t know if this is just Wall Guys again or another level with the same layout, but the original sneak peek included this image of a tiered level with what look like brick walls between each layer. This is probably just another design layout for Wall Guys, but there’s always the chance Mediatonic was teasing us with something more.