Rocket League 101: Tips And tricks for beginners​
We can't guarantee that the tips below will transform you into a Rocket League pro, but they'll start your engines and get you into a position to score some aerial goals. Just be prepared to practice a bit while you're at it. 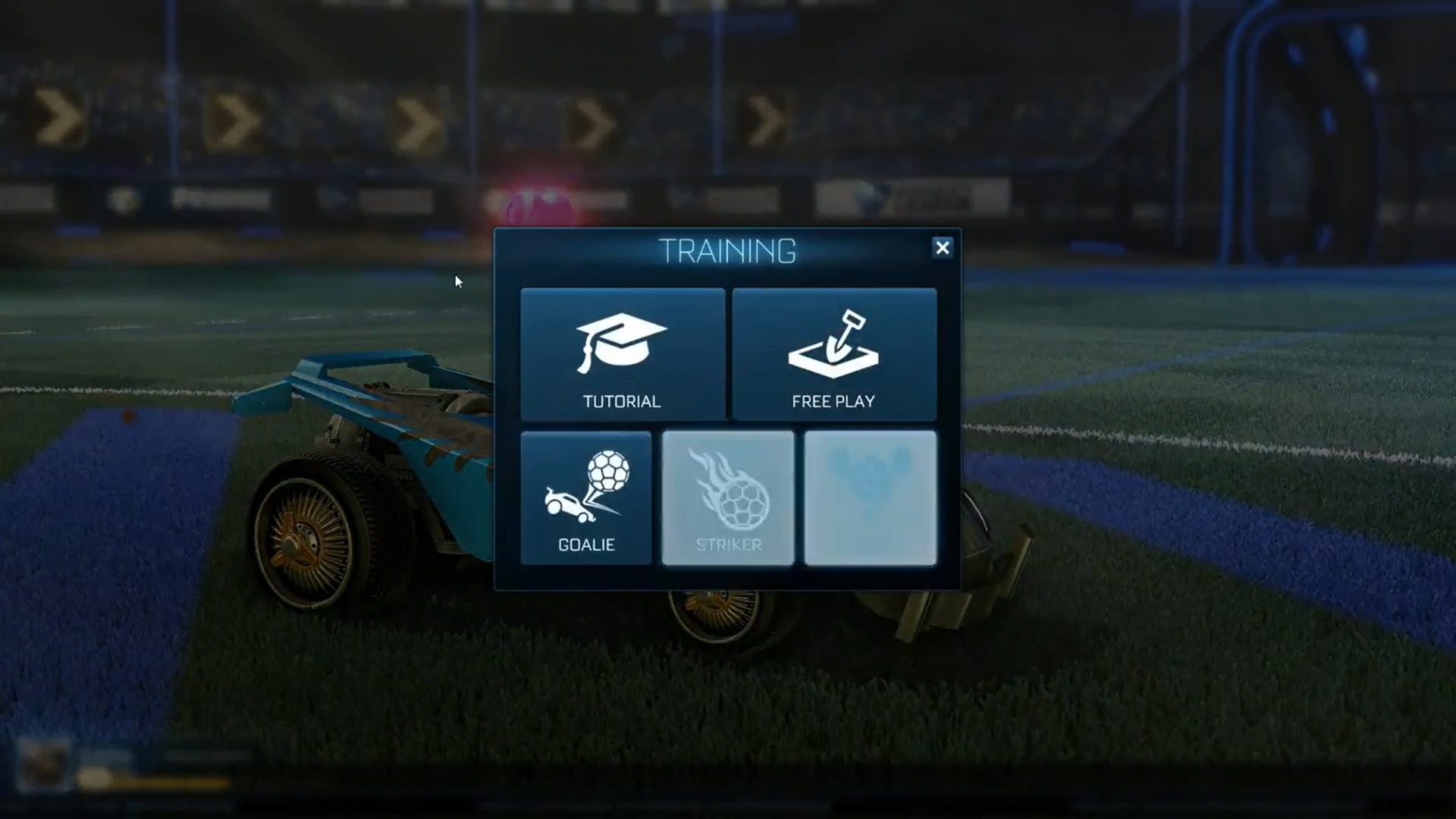 © Psyonix
In this day and age, game tutorials can be a lot more trouble than they’re worth. Skipping through the basics may sound appealing, but it pays to give the training tutorial for Rocket League a serious go so that you can learn the core mechanics. Follow this up with goalie, striker, and aerial training. so you can get used to how the car moves in the air, and under rocket thrust. 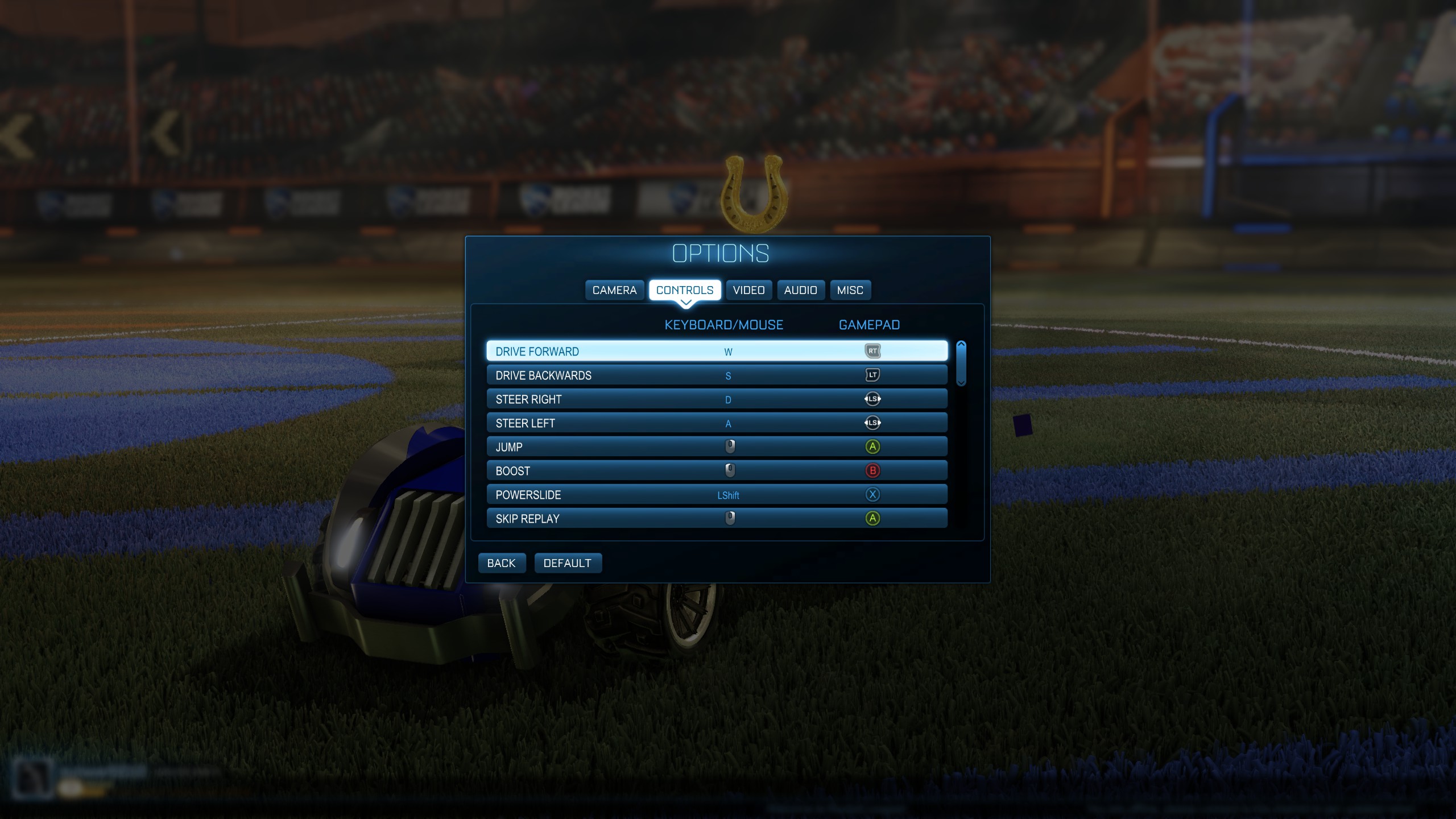 © Psyonix
Mind the phrasing. Veterans of Rocket League have often lamented on becoming too comfortable with the game’s default controls. If you want to be good at Rocket League, I would suggest doing some research on how to remap your controller for the best results. The earlier you do this, the fewer problems you’ll have when it comes to learning how to do a barrel roll and boost your car at the same time. Plus, this will give you plenty of time to familiarize yourself with each action, so you can react in a split second to make those much-needed saves. 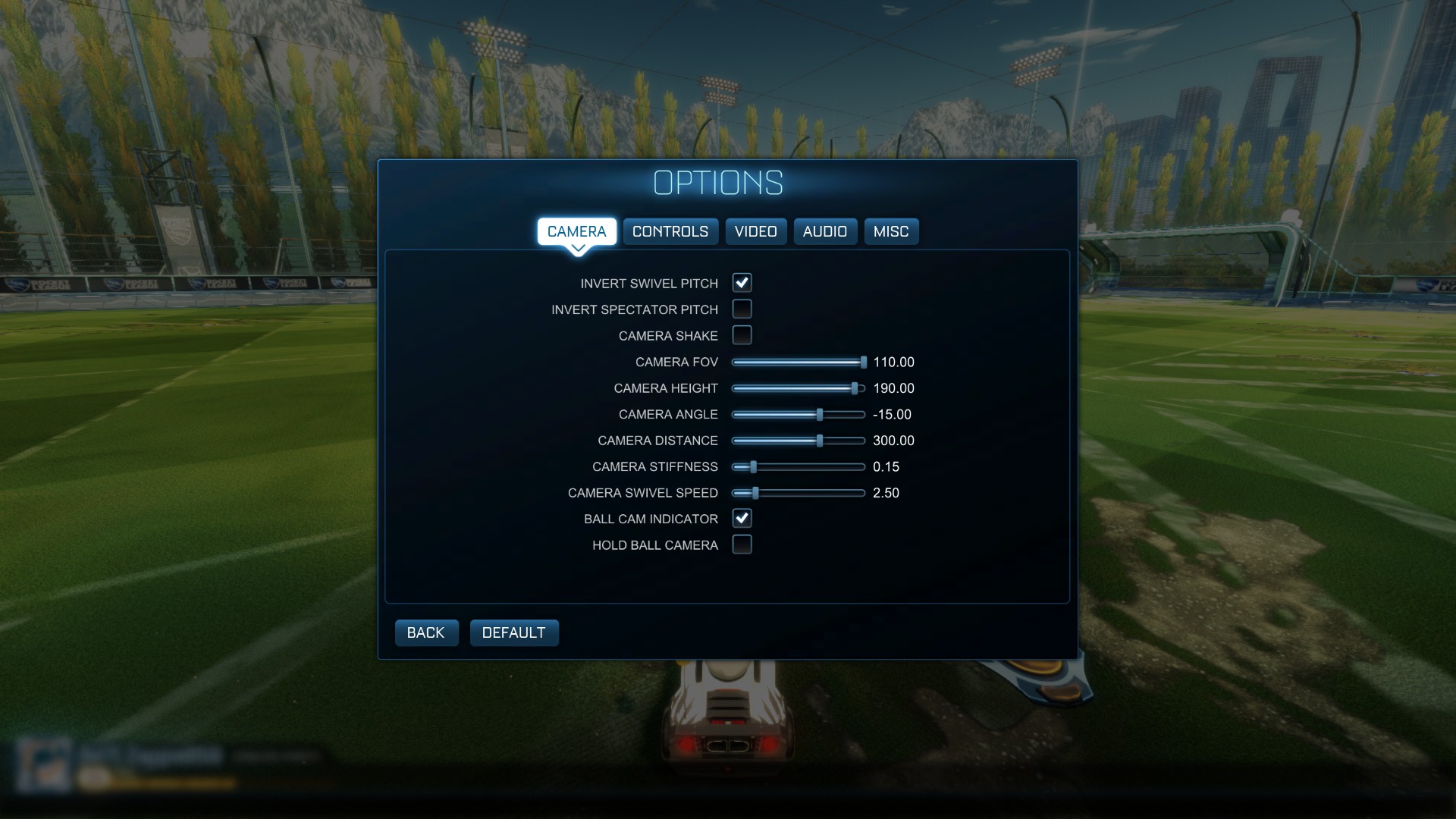 © Psyonix
While playing Rocket League, try toggling the camera angles to see what feels best for you. While beginners typically find the ball camera to be most comfortable, once you up the ante in Rocket League and start pitting yourself against more serious players, you'll be swapping between the two on the fly. Adjusting your camera settings will give you an upper hand in keeping all the needed information on the screen at once as you track the ball, your opponents, and your allies.

Don't be a ball hog 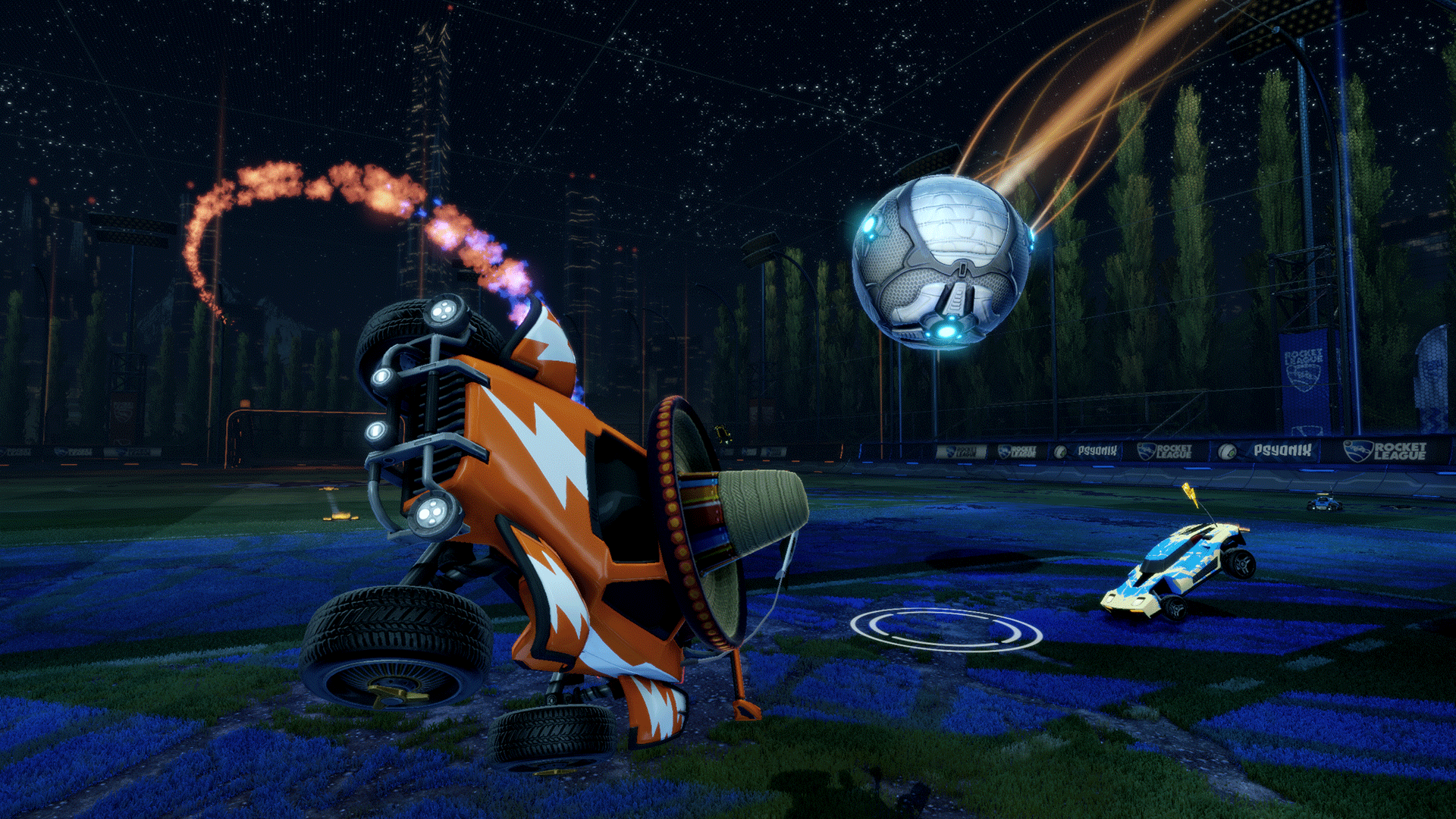 © Psyonix
While chasing the ball seems like the obvious approach, you’ll be a much better asset to a team if you learn to pass the ball, set up the ball, defend, and attack. Don’t be that person who desperately wants to drive the ball into the goal yet fails every time. Great Rocket League players understand the importance of teamwork. Keep your distance when your teammate runs in, then push for the ball when an opening appears. If you need to hang back and play goalie, you'll be a great asset to your team with a bit of patience.

Keep your boost up 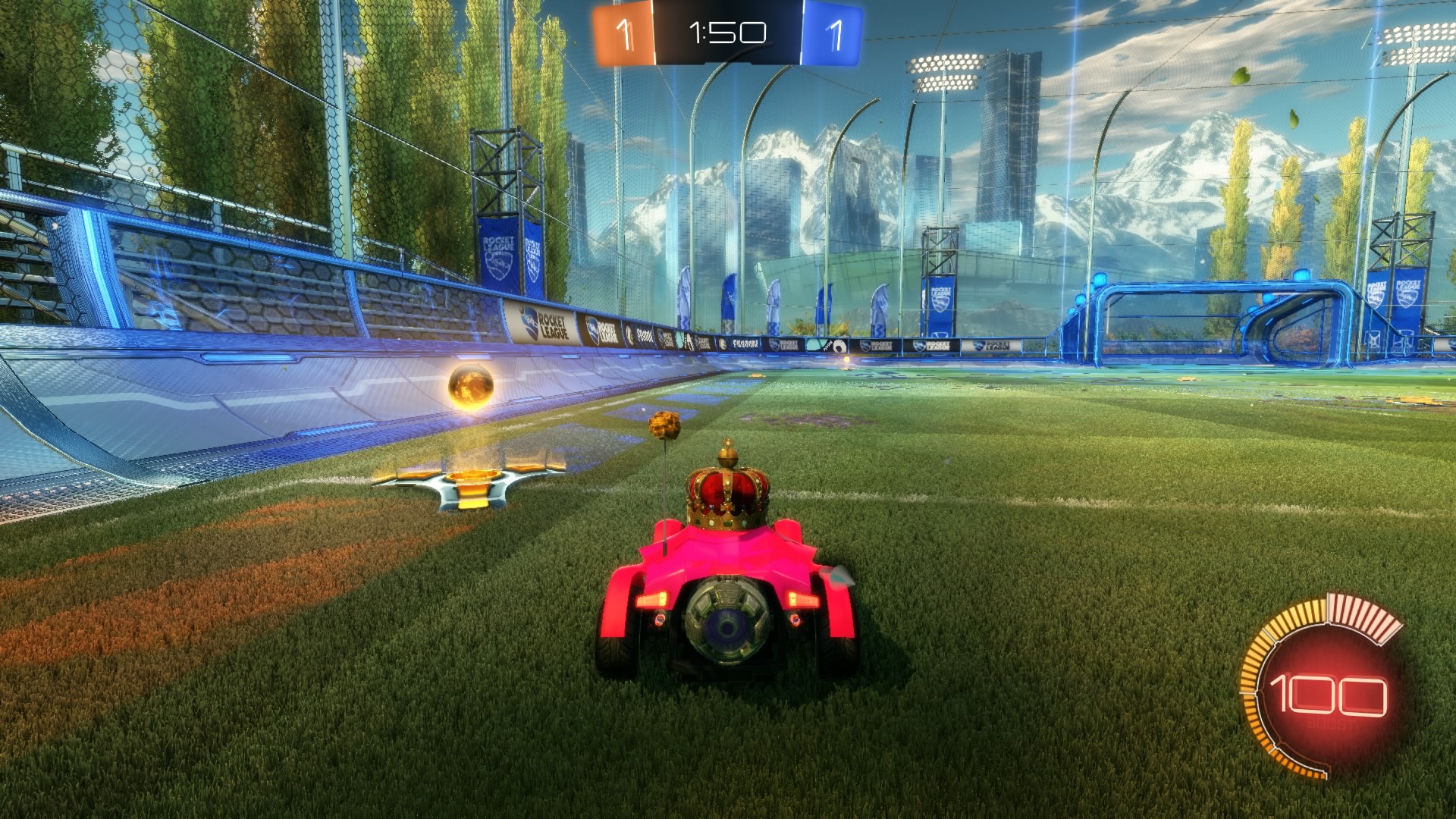 © Psyonix
You’ll notice that the floor of Rocket League arenas is decorated with glowing orange circles. Make sure to run over these suckers as you blast on by to keep your vehicle boosted or you’ll find yourself straggling like a baby calf behind the rocket car herd. Your goal in Rocket League should be to never run out fuel, whether you're attacking or defending. That methodology will also help you cut down your opponents' potential fuel supplies. 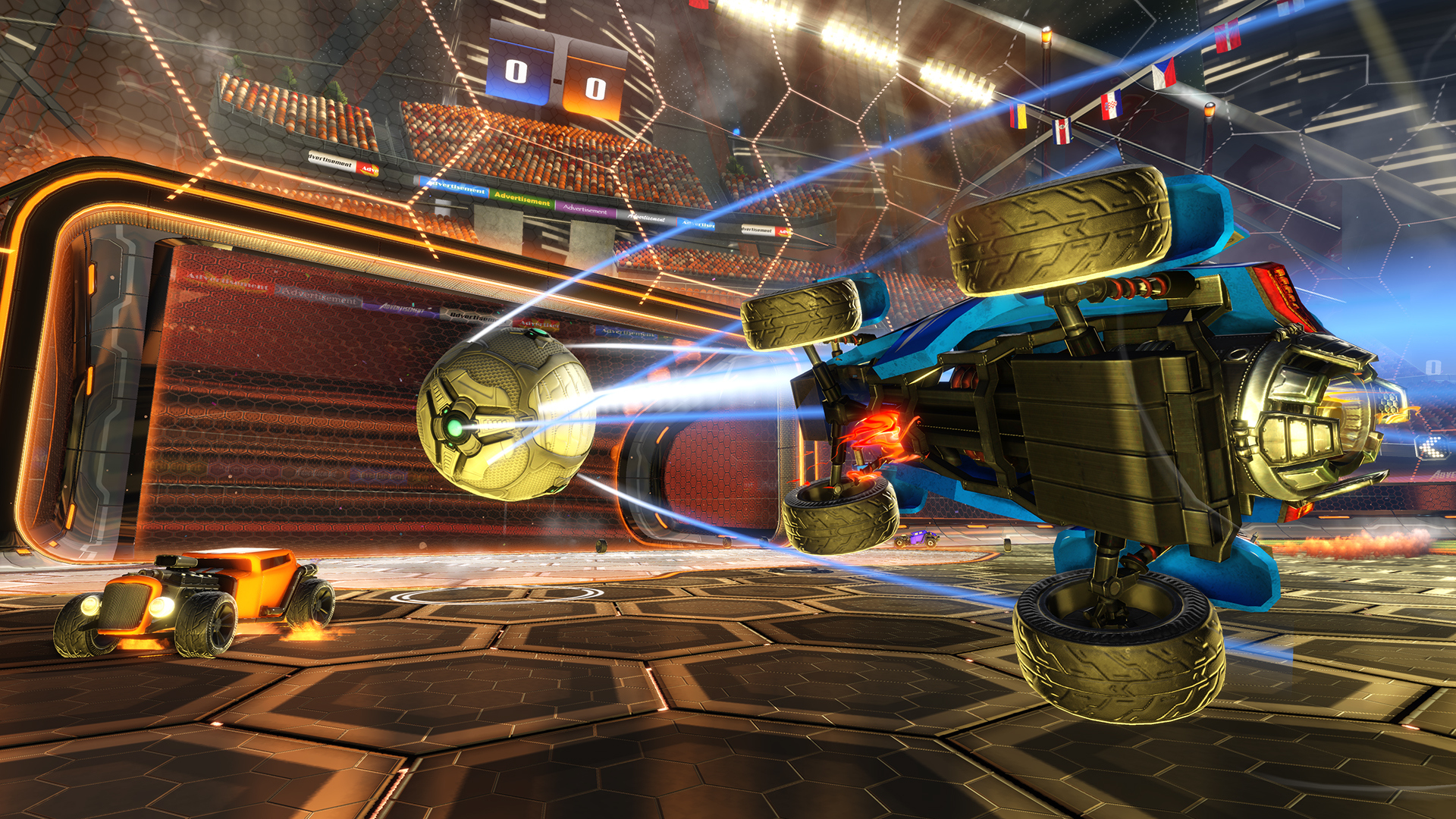 © Psyonix
As The Rock would say, know your role. If your starting position is in the back, don’t rush for the ball. Instead, take on the role of defense and help guard the goal. If your starting position is closer to the ball, try to initiate the kick-off and help drive that baby home. Typically, only diagonal positions will compete for the kickoff in team games. Everyone else needs to set up for a rebound or protect the goal.

Oh, and make sure you know which goal is yours because you can make scores against your team.

Play against bots (or your friends) 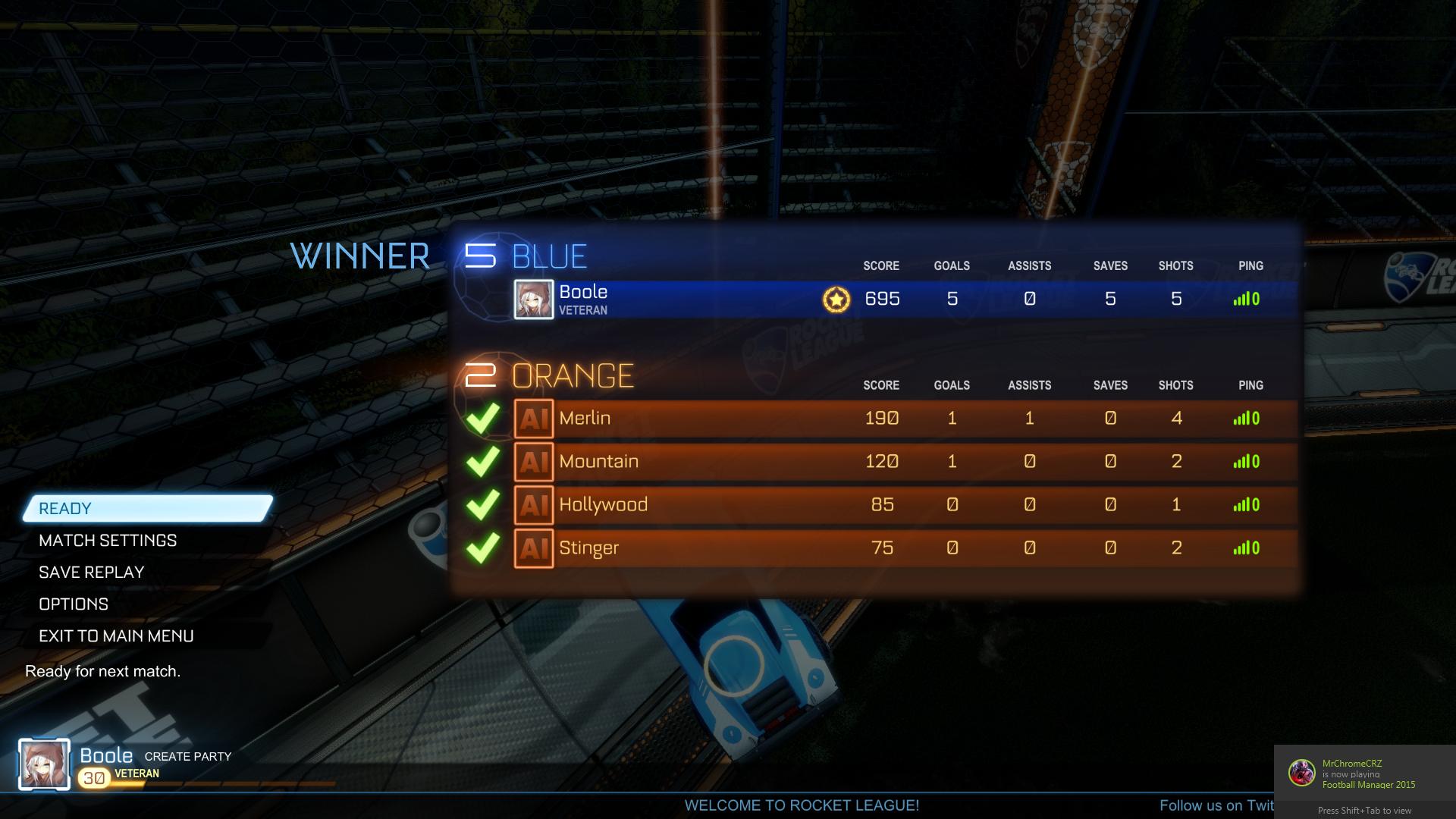 © Psyonix
Rocket League physics aren't always what we'd consider realistic, so before you throw yourself to the wolves of online multiplayer, take the chance to get a solid handle on gameplay by practicing offline or in private games with your friends. Practice your kick-offs, implement the tips and tricks written here into your play style, and don't be afraid to go for wild, aerial shots while you're learning offline. Playing against bots gives you the chance to figure out an approach to shots and blocks that works for you. Once you’re comfortable going 3v3 with some bots, test your newfound skills online. 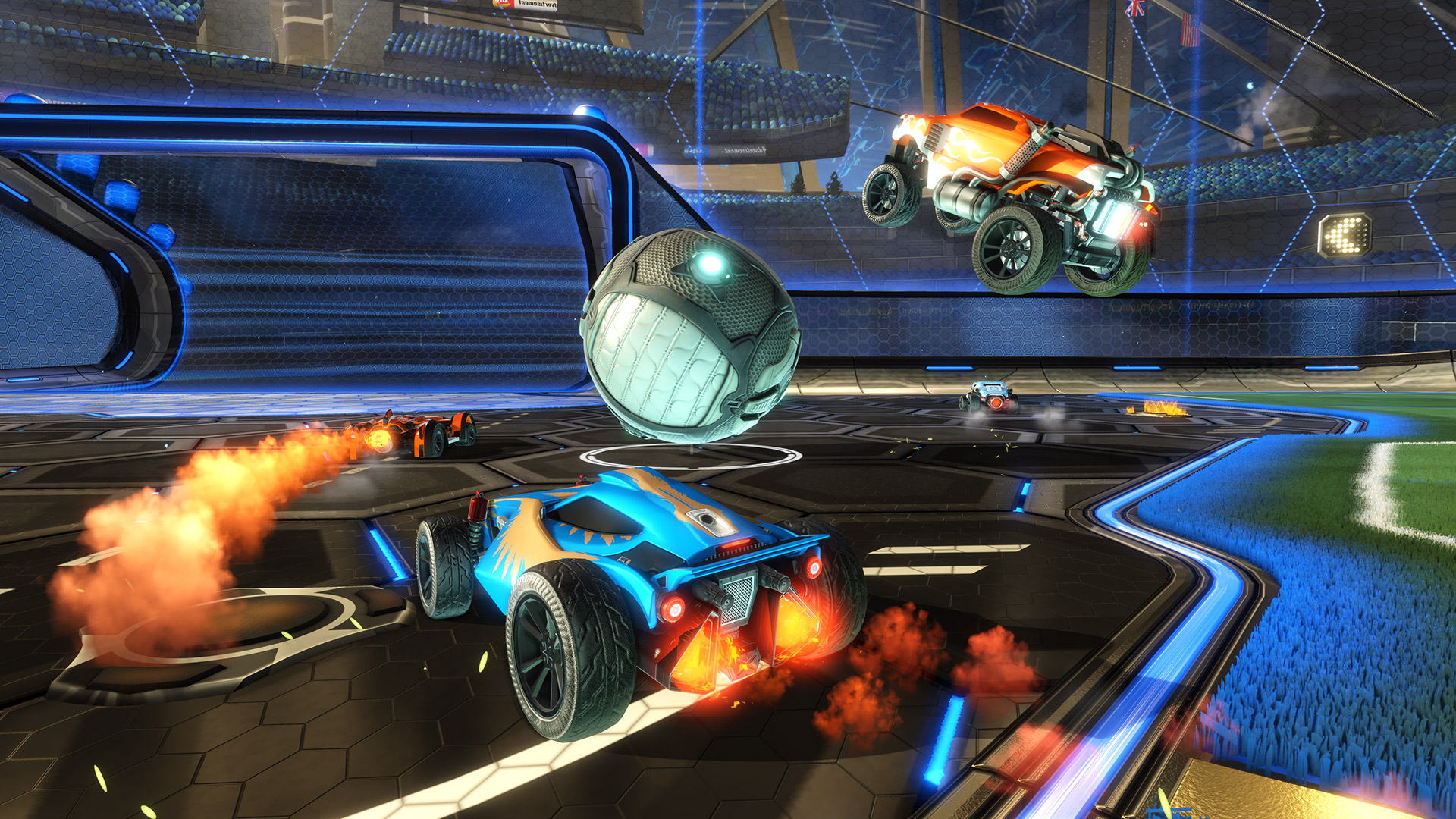 © Psyonix
Rocket League is one of the top played and bestselling indie games out right now and it’s for a good reason. It’s tons of fun to play both casually and competitively. Sure, you can get invested and try to win every game, but don't forget to laugh while you're at it. Hopefully, these tips and tricks will give you the foundation you need to be the best Rocket League player you can be.
Reactions: Ivano0411, JayJay and Lion18
L

An old game and now is so much popular. Just like Among Us. Most popular streamers games.

That's a really good detailed walk through and tutorial of the game! Nice job!
F

This game is awsome dude

I think the number one tip is never play alone. I just uninstall this game due to rage lol. Anyways thanks for the tips it will help the newbies

Bowie said:
I think the number one tip is never play alone. I just uninstall this game due to rage lol. Anyways thanks for the tips it will help the newbies
Click to expand...

haha yea this game can definitely cause some rage if you play it alone but its fun!
J

Thanks for the tutorial!

I am playing rocket league and these tips are really useful. Thanks