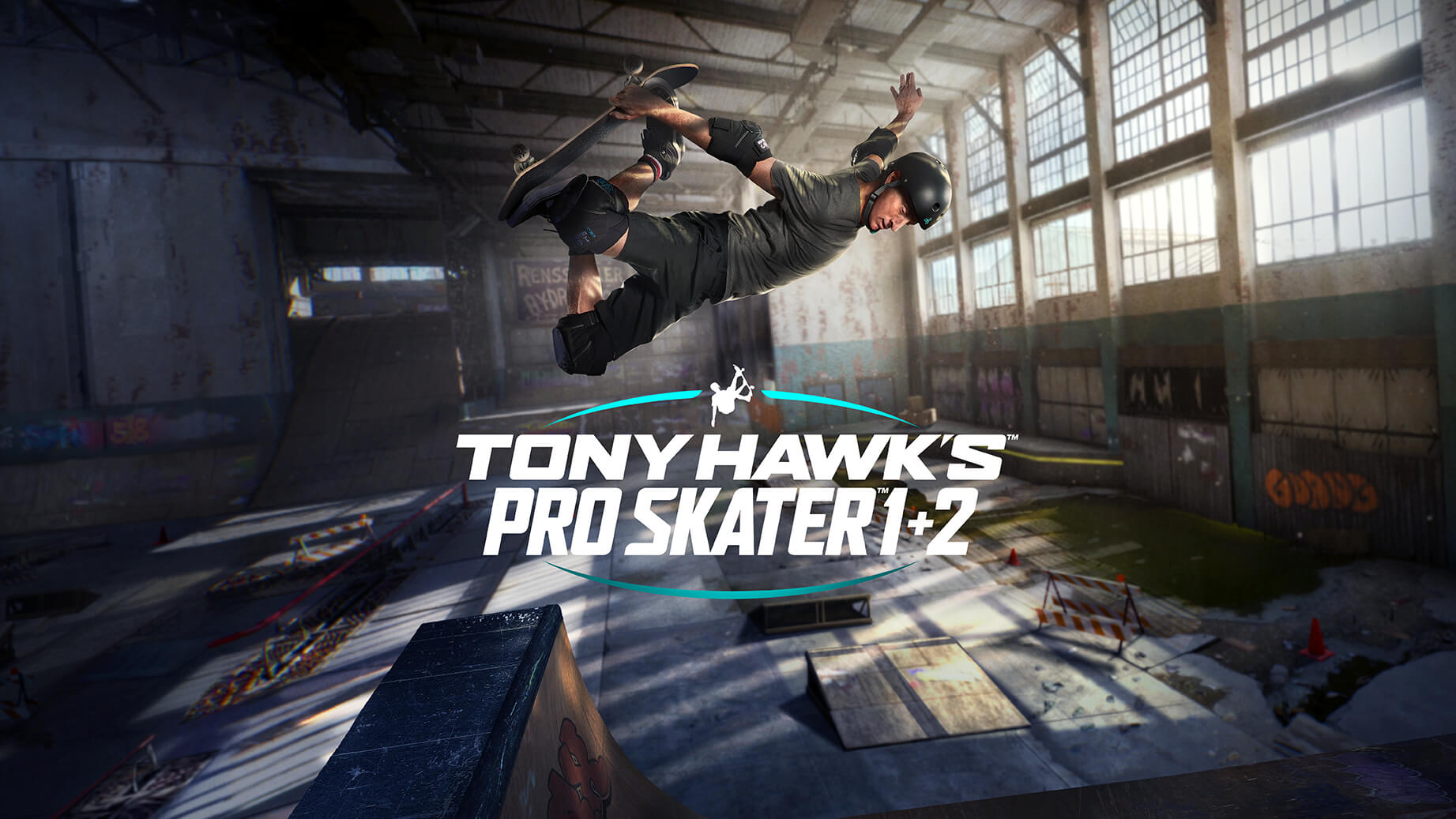 Tony Hawk’s™ Pro Skater™ 1 and 2, a faithful remaster of the first two THPS games developed by Vicarious Visions, is available now on Epic.

Grab your favorite deck, check your gear, and get the details about what’s included in this incredible skateboarding nostalgia session before you shred:

The O.G. THPS 1 + 2 Experience, Now with More Customization Than Ever Before

Tony Hawk’s Pro Skater 1 and 2 includes classic levels, skaters, and tricks alongside plenty of modern additions, including fresh faces to the roster and customization features across the board.

After tuning your settings to fit your rig – the graphics here go up to stunning 4K*, so play around with them as needed – you could jump into Create-a-Skater, where the next G.O.A.T. is whomever you create in this robust custom character feature. Choose from a skate shop full of outfits, boards, and hair styles as you create a truly gnarly skater.

Or, if you prefer to create a skatepark of your wildest dreams, head to Create-a-Park, which has been fully revamped from ramp to rail.

Alongside Create-a-Park objects you may be familiar with – half-pipes, bowls, and shrubbery among vert and street skating pieces – there is a brand-new object class called Smart Pieces to place around your custom park. Smart Pieces can be molded and twisted in insane ways, allowing you to truly make a park as unique as it can be.

Once your masterpiece is finished, share it with friends or the community via Park Browser. Parks can be published as “Remixable,” which allows fellow creators to build upon your skating paradise and make it into their personal skateboarding oasis.

Classic Meets Modern in Single-Player and Beyond

Outside of the robust customization features, the game comes packed with levels from the O.G. THPS 1 and THPS 2, as well as skaters, modes, and tunes both old and new.
Carve up vert parks or take to the streets with skateboarding’s current stars like Tyshawn Jones, Aori Nishimura, Lizzie Armanto and Shane O’Neill, or kick it old school with the legends from the original games.
Like this mix of old and new school skaters, the soundtrack blends nostalgia with modern flair. Expect memorable tracks from the first two games in the franchise right beside over three dozen new hits, which come from around the world and represent five decades of skateboarding.

Listen to it as you conquer each skate park through Tours, a reimagined Career mode with a few extra objectives and surprises thrown in, kick it in other single-player modes like Single Session, or party up for some couch or online Multiplayer to play some classic modes from the franchise’s decades-long history.

The game’s online component features eight-player competitions across two playlists with their own separate leaderboards: Competitive, where only the top skater wins each session, and Jams, a more casual space where the top four skaters walk away with rewards. Ride solo or party up with friends for these public playlists and stay tuned for an update later this fall that includes additional features, including party migration, leader promotion, and private skate sessions.

What Are You Waiting For? Drop in Today!

Get the game now on the Epic Games Store through two versions: a standard edition available for $39.99 (MSRP), and a digital deluxe version, which includes unique content and in-game gear, available for $49.99 (MSRP).